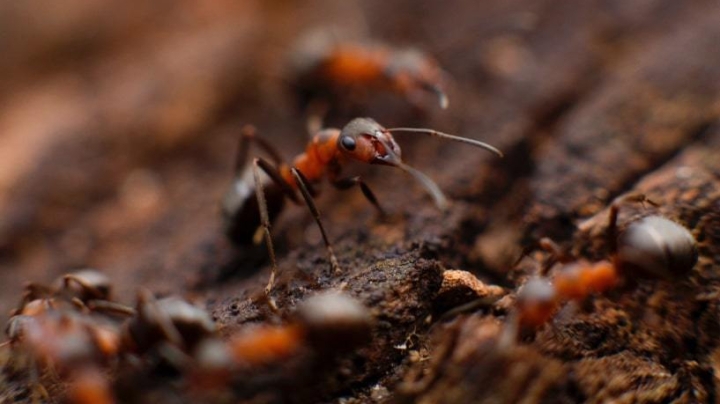 Now if there is anything that I hate more than hiccups with the stomach bug (probably shouldn’t think about that one long), it is fire ants!
You know the mean-spirited little specks of perdition’s flame, embodied in an insect’s exoskeleton?
Those tyrants of the garden, those demonized pest that silently slip between your toes and bite the (insert your own word here) out of you in the middle of Wednesday night prayer meeting!
Those indestructible armored stingers of mayhem.
Yes, you know them!
We exorcised them from our out of our blackberry fields here at Broken Chalice Farm… And into our garden…
We even tried to teach our Pomeranian how to eat them, but she took that knowledge and applied it to corn worms instead – they have more meat on ’em.
Hey, you don’t think you can stay organic by just using Neem oil, do you?! You use who and what you can, and if a Pomeranian will eat fire ants, then I will let it.
I did note however our extremely intelligent pair of German Shepherds did not eat the fire ants and just shook their heads laughing when the Pomeranian tried.
Anyway we tried prayer and holy water mixed with gasoline, diatomaceous earth and whole lot of other things, but all we managed to do was run the fire ants out of the blackberries and into the pea patch.
Which I just happened to be picking the other day.
Fire ants are like Africanized bees; they are booger bears! (pronouced booooga bares)
They are like a normal ant that has learned cage-fighting and developed sentience. I mean they are crafty. They don’t just walk up on you and sting. Oh no! Not at all, they sneak in, wiggle up your legs, get in your socks, hide in the shadow of your navel, move slowly around your pale, pasty backside, and when the signal is given, they pounce!
Now, who in the Sam Hill taught them that? Must have been a fallen angel or some other malevolent evil. You see, they don’t start stinging til they have you covered. And then POW! They hit!
And it just so happened that I was crawling and digging through my weeds to find my pea patch when suddenly those ants sounded the trump of their archangel and fire fell. Out of nowhere, those little red devils struck! I mean they were stinging me everywhere but my shadow, and I am sure I saw it duck. I was slapping and scratching and starting to strip off my clothes in the middle of the pea patch. Then in the middle of that naked (pronounced neekked) frenzy, I looked over the field and saw the annual WMU picnic going on next door, approximately 50 yards away at Sister Mary Hadley’s house.
Now for those of you unbaptist like folks, the WMU is the power of the Southern Baptist Convention – the Women’s Missionary Union. They have sent missionaries and preachers to the far corners of the universe,  some of which actually wanted to go, and have gone on mission trips paid by grateful husbands who understood the urgency of the mission (and the opportunity of the moment!)
I mean there were little ole’ ladies with lemonade and fried chicken dishes everywhere. Their Caddies and Lincolns were parked for a quarter mile. You could smell the tater salad in the air. One of those nice ladies noticed my ant-slapping antics and screams of agony in the neighboring pea patch, and, being partially deaf, half blind and woefully ignorant, thought I was waving at them, so they all turned to look just as I had decided holding on to my overalls and dignity was not near as important as getting those fire ants out of dark, stinky places on my body.
I looked at those ladies smiling and waving and thought, “Oh Lawd! What am I going to do?!” As more ants continued to sting, the decision was made. I turned around quickly, so as not to face those nice ladies, dropped my overalls and flung them away, then ran like a white-knight-of-the-camellias through a gang fight in the hood all the while thinking, “I will never be asked to pray at the Baptist church again. “The police are going to show up and haul me away!” “Oh, Lord what have I done to make you so mad?”
I took refuge in my bathroom with a warm cloth, smeared in shame and the white sheath of calamine lotion. My stingified skin was bumping up like a slow-cooked wiener over a fire. The doorbell rang and my wife, who could barely contain her laughter – a normally very pleasant woman to live with by the way – walked to the door and answered it. A minute later, I heard her howl with amusement, she doesn’t howl often mostly she cackles like a wicked witch.
After choking down her reverie, (sounded like a German shepherd hocking up a fur ball) five minutes later, she walked into the bathroom where I lay crumpled in stinging humiliation, and said, “The WMU ladies made this plate of chicken and tater salad for you. Seems like they have never had so much fun at any of their meetings before and wondered if you would be available next year?”
You know my wife is still trying to get that tater salad off the bathroom wall. 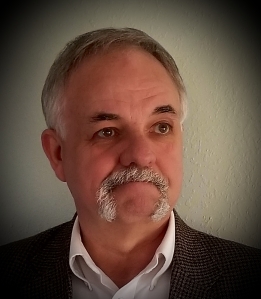 William David Ellis is a farmer that lives with his wife and two sentient German shepherds on a small farm in East Texas. He raises thornless blackberries and honey bees that are not thornless. He has written for newspapers, published three books, and is currently working on a fantasy series set in East Texas, called the Harry Ferguson Chronicles.

I would love to hear from you!

I can be reached by email at williamdavidellis@yahoo.com